Find out if you're getting ripped off on your car insurance in less than two minutes.
No long forms · No spam · No fees
Find insurance savings (100% Free)
WHY YOU CAN TRUST JERRY
Jerry partners with more than 50 insurance companies, but our content is independently researched, written, and fact-checked by our team of editors and agents. We aren’t paid for reviews or other content.
Single-car drivers in Imperial pay an average of $2,021 annually for car insurance. That’s about $168 per month to insure your car.
Whether you stick to your state’s minimum liability requirements or opt for a full-coverage policy with comprehensive and collision insurance, your home state plays a big role in determining how much you pay to protect your wallet against car-related expenses.

There’s no single company that offers the best rate to everyone in Imperial . If you’ve recently moved or are looking to optimize your coverage, the best option is to compare multiple quotes from different companies.
Take a look at the table below for comparison of real Jerry customers’ rates in Imperial :
No matter what provider you choose, you’ll need to meet your state’s minimum legal requirements for car insurance. In most cases, that means buying a certain amount of liability insurance, but you may also need to carry uninsured motorist coverage, medical payments coverage, or personal injury protection.
State requirements and risk assessments associated with zip codes mean your rate could vary not just from state to state or city to city, but block to block! With so many factors at play, finding the best coverage becomes dizzyingly complex.
Here’s what actual Jerry customers pay:
Jerry helped Ruth from Creve Coeur save $599 per year by switching to Safeco
2 hours ago
Jerry helped Mary from Lamar save $782 per year by switching to State Auto
2 hours ago

How much does car insurance in Imperial cost?

View All Cities
Let’s break down what makes car insurance in Imperial so expensive. The graph below shows how much Missouri drivers pay, on average, for liability insurance, comprehensive coverage, and collision insurance—the three main elements of what’s called “full coverage car insurance.”
So, how much car insurance does Missouri require?
How much insurance do I need in Missouri?
+
Missouri requires $25,000 per person for bodily injury liability, $50,000 of bodily injury liability per accident, and $10,000 of property damage liability per accident. Missouri drivers must also carry uninsured/underinsured motorist coverage at rates of $25,000 per person and $50,000 per accident.
What do you need if you’re pulled over?
+
If you get pulled over, you are required to show your driver’s license, proof of insurance, and registration. Thankfully, digital insurance ID cards are accepted by police and the DMV so you will always have your stored proof of insurance available 24/7 in the Jerry app.
Is Missouri a no-fault state?
+
No, Missouri is an at-fault state. This means the at-fault driver’s insurance will pay for the not-at-fault driver’s and passengers' injuries, once the at-fault driver’s insurance company accepts liability and confirms that there is enough coverage.
Take a look at the graph to visualize how much your expenses could increase if you opt for full coverage.
Not in Missouri?

View All States
But those are just the minimum requirements you need to avoid a violation. If you’re in an accident, state minimum insurance might not cover all your expenses—especially if you or anyone in your vehicle is injured, or your car sustains significant damage.
That’s why experts generally suggest carrying more than the minimum required coverage. As previously mentioned, so-called “full-coverage” policy typically includes liability coverage, collision coverage, comprehensive coverage, and uninsured/underinsured motorist coverage.
On top of that coverage, you can check out special add-ons to fit your situation, vehicle, and unique needs. Do a lot of driving on remote back roads? Towing and labor coverage could get you out of a tight spot. Work for a rideshare company? Be sure to invest in rideshare insurance. You can even add specialized insurance for your car’s sound system if you’ve got a premium audio setup.

Listen, we’re not here to judge. Maybe you had a bad day and ended up with a reckless driving charge or a DUI. Maybe you had a really good day and landed yourself an accidental speeding ticket.
No matter the reasons behind your tickets, even minor traffic violations can have an outsize impact on your insurance premium, especially if they’re repeated. And just one major offense (think DUI) could get you labeled as a “high-risk driver” by your insurance company. Worst of all, that label can follow you for years in some cases—even if you’ve cleaned up your act and drive like a saint.
Even if your driving record is less than stellar (like, a lot less), there are still ways to optimize your rates and coverage to get the policy you need. Here’s how much Jerry customers in Imperial with a history of violations saved on insurance:

How much is car insurance in Imperial with a DUI?

If you have a DUI on your record, your car insurance premium in Imperial could increase by as much as 6%.

How much does your car insurance increase after a speeding ticket in Imperial?

If you’re caught speeding through Imperial and end up with a ticket, you can expect to see your insurance rate jump by about 2%. And keep in mind—repeated speeding tickets could cause an even bigger increase!

Young people get stereotyped all the time—but when insurance companies do it, it can cost you hundreds of dollars a year!

That’s because insurance companies use age as a metric for risk. Providers see young drivers as less experienced and more likely to submit claims (i.e., cost them money) than older drivers—so they tend to hike rates for anyone under 25.
Of course, you know that no magic switch it going to flip when you turn 25 to make you a safer driver. You might even be the safest driver you know! But that won’t stop insurance companies from saddling you with a high rate.
To keep your rates low at a young age, check out these simple hacks:
Want to see how much more you might pay for car insurance in Imperial based on your age? Check out the table below.

Car insurance in Imperial for your car

Your age and driving record aren’t the only things that determine your car insurance rates in Imperial. The vehicle you drive also plays a role.
The Toyota Prius is one of the most popular cars in Missouri—and it’s cheaper to insure than a lot of the SUVs and electric cars on the road today. But if you drive a minivan, a truck, or a sports car, you might be looking at a higher premium than your other Imperial neighbors.
Take a look at the table below for a full rundown of how much insurance for different makes costs in Imperial. 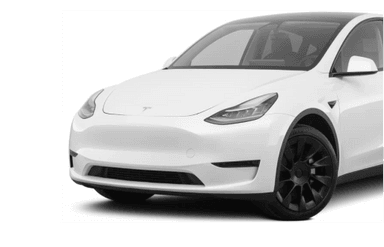 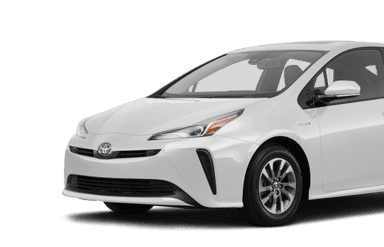 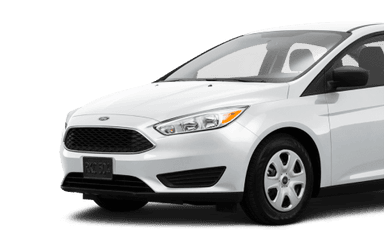 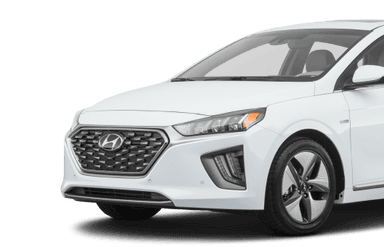 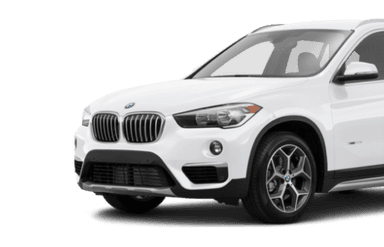 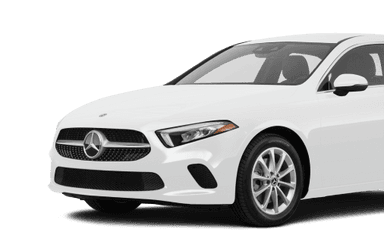 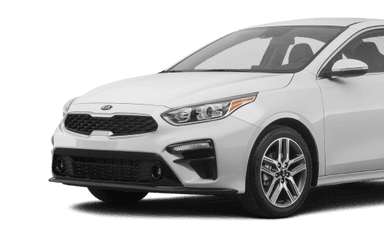 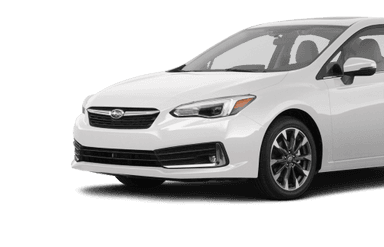 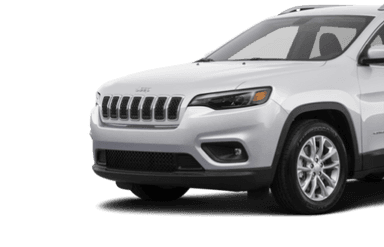 What is the most popular car in Imperial?

More people in Imperial drive a Chevrolet Silverado K1500 than any other car! On average, these drivers pay $1,274 for their auto insurance.

What is the most expensive car to insure in Imperial?

At an average of $3,296 per year, a Nissan Maxima S is the most expensive car to insure in Imperial. If you drive one, we’re sorry.

Car insurance cost based on where you live in Imperial:

Now, we’ve been talking about “drivers in Imperial” as if everyone sees the same rates—but in fact, your rate can vary by zip code, making it possible to have a completely different rate from your neighbor two blocks away.
Why? The simple answer: accident rates and property crimes. Maybe your zip code puts you closer to a major road with tons of accidents, or you’re in a hotspot for auto theft. Within Imperial, drivers in the -- zip code typically have the highest car insurance premiums, while the cheapest rates are found in the 63052 code.
Want to see the average rates in your zip code? Take a look at the breakdown below.

How can you save money on car insurance in Imperial?

Let’s face it: living in Imperial means living with higher than average insurance rates. Add that to an already high cost of living overall, and saving money on insurance becomes a great way to free up space in your budget.
Sound impossible? Not at all! Here are a few simple ways to save money on car insurance in Imperial.

That’s right—shopping for car insurance doesn’t have to be a one-and-done. In fact, experts recommend comparing quotes from at least three companies and shopping for new rates every six months!
Okay, we agree: that sounds like a huge pain, especially if it’s only saving you a few extra dollars each month. That’s why we created Jerry, the world’s first super app for car owners. The Jerry app takes the time, effort, and hassle out of car insurance shopping through the power of technology.
In just 45 seconds, Jerry can collect quotes from a pool of 55+ top insurance providers to help you identify the best coverage at the best rate for you. Pick the quote you like, and Jerry will handle all the paperwork—we’ll even help you cancel your old policy! Best of all, Jerry conducts routine price monitoring so you never have to worry about shopping for new rates again.
And the savings? The average Jerry user saves over $800 a year just by letting the app do their shopping.

Here’s the one insurance savings hack that requires a little legwork on your part: finding discounts. Every insurance company offers them, but they’re not all the same, and companies often won’t advertise them directly.
That means it’s on you to search for the best discounts for you. Call your insurance company and ask about the following types of discount:
These are just some of the most popular car insurance discounts in Missouri—but it’s not an exhaustive list! Call your agent and ask what other discounts are available.

If you’ve got full coverage car insurance, increasing your deductible is an easy way to keep your monthly expenses low without sacrificing coverage.
If you’re wondering “what is my deductible, actually?”, think of it as the amount you’ll pay out of pocket before insurance kicks in. Keeping your deductible low ensures you won’t have to pay much in the event of an accident—but it also means your monthly costs will be higher.
Raising your deductible will lower your regular payments, and if you’re already practicing safe driving for discounts, it’s a win-win! Just make sure that you have enough to cover the deductible if you do get into an accident—after all, there’s no way to predict and prevent every collision.
MORE: How to choose a car insurance deductible
By Jessica Barrett
Writer
Updated on Jan 31, 2023
Reviewed by Kathleen Flear, Director of Content.
Load full table of contents

Insurance for Your Car

Insurance in Your State

Insurance In Your City

Uninsured Motorist Coverage in Wisconsin: What You Need To Know

The 2017 Infiniti Q50 is extra comfortable on and off the road thanks to suspension technology and an interior redesign from the previous model year.
Jasmine Kanter
Sep 14, 2022

Does the 2008 Ford Edge have Bluetooth?

I’m a new driver about to buy my first car: a 2008 Ford Edge! As an older car, I know it won’t have much in the way of technology, but I want to at least be able to use my phone if needed. Does the 2008 Ford Edge have Bluetooth?
Alison Daurio

How much is Infiniti’s disposition fee?

The lease on my Infiniti is about to run out, and I know I’m going to have a few fees to pay when I turn the car in, so I’m trying to plan ahead. How much is Infiniti’s disposition fee?
Sarah Gray

How do you open the gas tank on a 2014 Hyundai Accent?

I just bought a used Hyundai, and I’m still trying to figure out some of the basic controls. Can you tell me how to open the gas tank on a 2014 Hyundai Accent?
Pat Roache
Browse All Questions