Is it Safe to Take a Shower During a Thunderstorm?

Are you overpaying for car, home, or renters insurance? Compare to find out in 45 seconds.
Quotes from up to 45 companies · No long forms · No phone calls
Find savings (100% Free)
Soaping up in the shower (Photo: @talbegalxo via Twenty20)
You’re getting ready to get in the shower. Overhead, you hear thunder. You forgot to check the weather, and now it’s storming outside. You wonder if it’s still safe to take a shower. After all, it’s only a little storm. But how dangerous is it to take a shower during a thunderstorm?
In fact, taking a shower during a thunderstorm can have life-impacting consequences, even including death.

Is it Safe to Take a Shower During a Thunderstorm?

The answer is no. You should never take a shower during a thunderstorm, and you should avoid doing anything associated with water in your home while a storm is raging overhead. Why? Because lightning, which comes before the clap of thunder, can prove fatal if you’re struck by it.
As rain clouds develop overhead, they sometimes develop a negative charge. Most people know when a bad thunderstorm is approaching because the clouds tend to be a little bit darker than a normal rain cloud. Eventually, this charge grows to such a point that is discharges, traveling along a channel of energy created between the cloud and the ground. As the lightning approaches the ground, nearby objects send up their own invisible energy sparks to meet it, making it look like the lightning is striking objects on the ground below.
When lightning strikes, it’s looking to go into the earth below. It does this by arcing to objects in the vicinity of the storm, most often tall objects, such as trees and homes in the area, though it can also strike the ground. But lightning doesn’t stop there. Its sole purpose is to discharge the built-up charge contained in the clouds.
Once lightning hits an object or the ground, it can travel along conductive materials, such as wiring, pipes, or other objects. If you happen to be in the way, it’ll strike you as well, causing injury and possible death. That’s why it’s important to avoid items that can conduct lightning during a storm.

Common Items That Can Conduct Lightning During a Thunderstorm

It’s not just the pipes and water running through your home that can conduct lightning. Below you can find some other common items and activities you should avoid during a thunderstorm.
Telephone: You should avoid using corded telephones while a thunderstorm is going on outside. Any kind of wiring, including telephone wiring, can conduct electricity right to you.
Windows/exterior doors: Windows and exterior doors often have metal in them. Even something as harmless as a metal doorknob can conduct electricity. And, if you happen to be grasping it, all of that electricity will go into you.
Electronics: You should also avoid using electronics during a thunderstorm, including computers and TVs. Some experts even say you should unplug them from the wall entirely. And while many people use surge protectors, these devices might not offer much protection from a lightning strike’s massive energy force.
Water in general: Just like you should avoid taking a shower during a thunderstorm, you should avoid any activity in your home that uses water in general. This includes doing the dishes and using the bathroom, as a lightning strike can potentially hit you there. 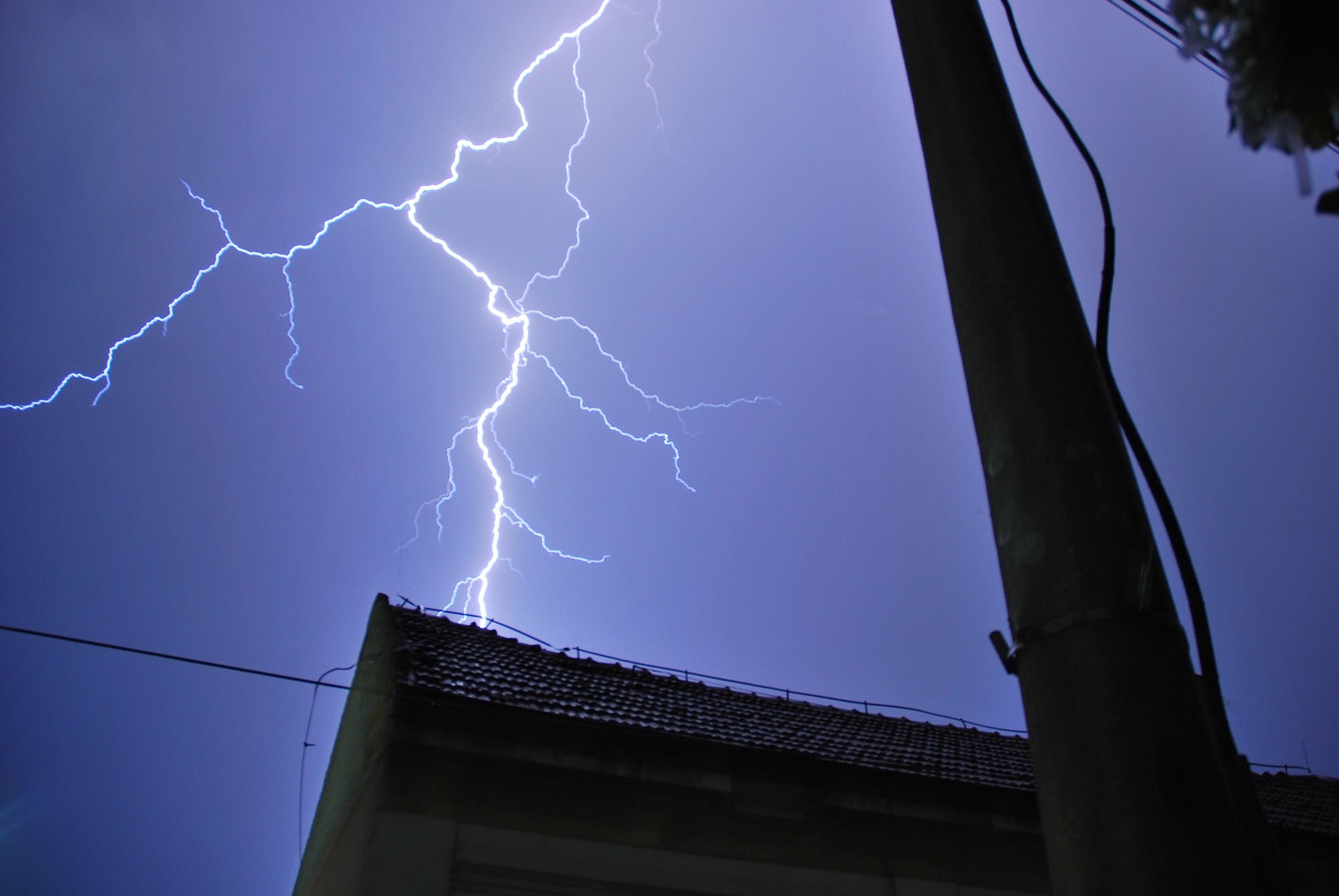 What Should You Do if Your House Is Struck by Lightning? 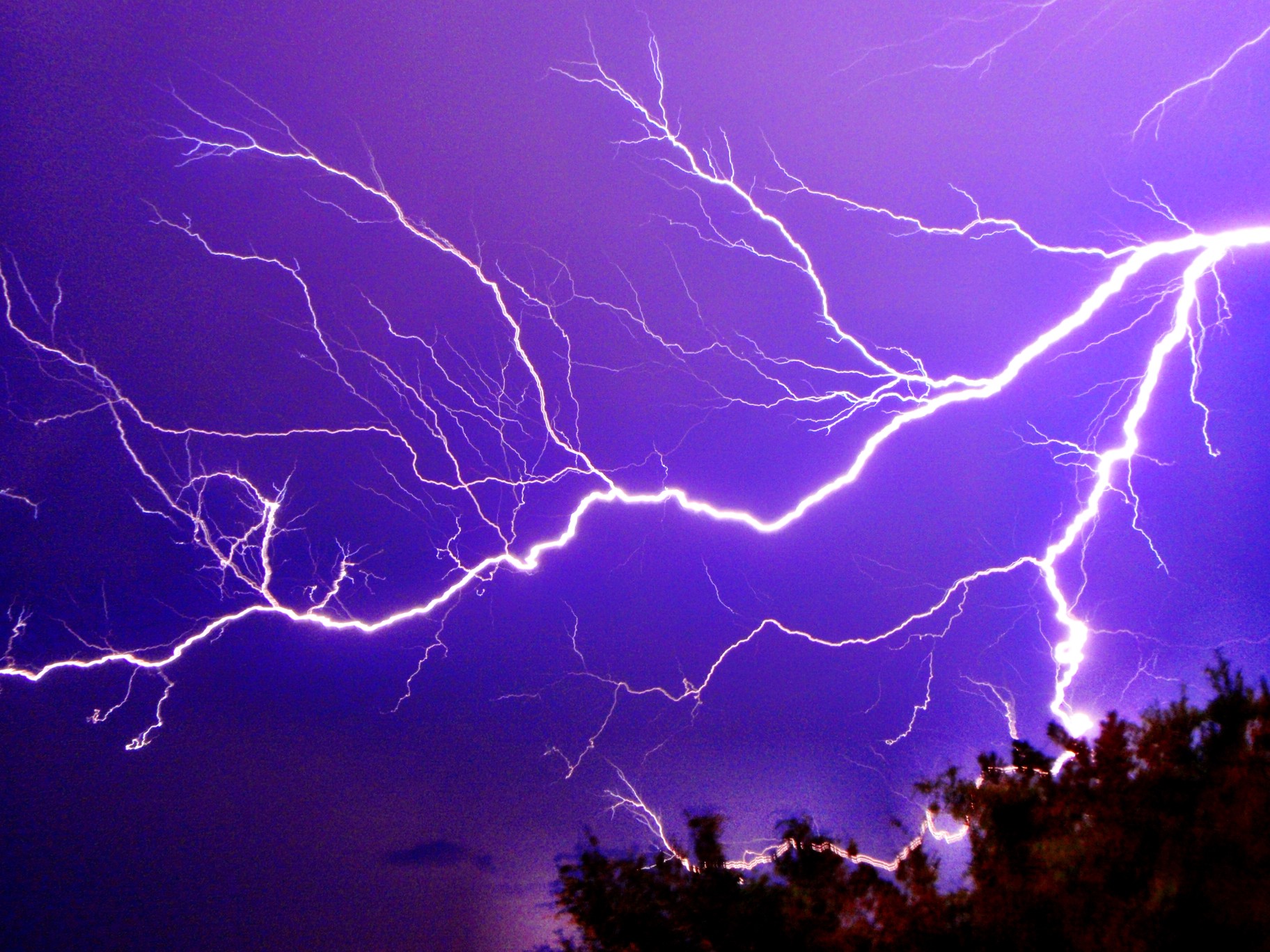 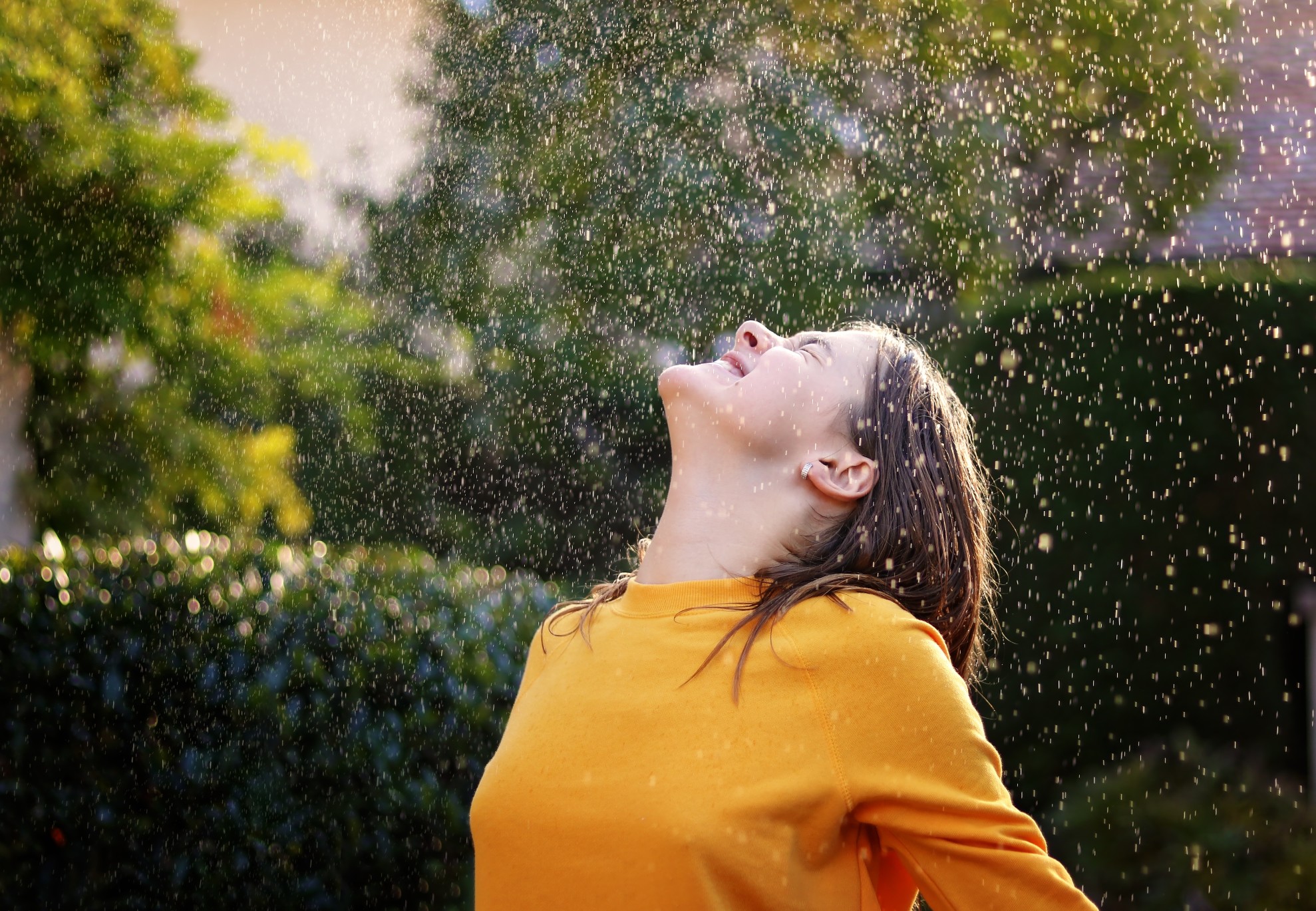 What Not to Do During a Thunderstorm