How to Tell if Car Insurance Covers Rust Damage

Are you overpaying for car, home, or renters insurance? Compare to find out in 45 seconds.
Quotes from up to 45 companies · No long forms · No phone calls
Find savings (100% Free)
How to Tell if Car Insurance Covers Rust Damage
Rust is the mechanical equivalent of a skin disease. You’ve undoubtedly seen cases before of how bad it can be on metal; garden tools left outside to rust can become practically unusable if rust catches. It’s a plague-in-waiting for metal, and a positive death knell for machines that aren’t given adequate protection - your vehicle is no exception.
The reason you don’t see cars rusting constantly is because they’re designed and built with this risk in mind; your car’s paint coat is meant to protect the metal body on top of looking good. However, a vehicle collision or shoddy garage work may result in opportunities for rust to slip past the defenses. Likewise, those same rust opportunities will appear if a car isn’t properly maintained in the long-term. Rust damage on a car can eventually get to the point where it becomes unsafe to drive; worse still, the rust damage may lie along the underbody where it’s not seen until it’s too late. Here’s how to understand if and when your car insurance will help you pay for rust damage on your vehicle.

The cause determines the coverage

Put simply, your car repairs should be covered if the rust damage was the by-product of an incident or an insured issue. Unfortunately, the same cannot be said for rust that is deemed a result of natural “wear and tear.” Insurance companies are avoidant to cover natural decay that results in lieu of due care and maintenance.
Conventional auto insurance policies typically include provisions against this sort of damage, thus freeing the insurer of the responsibility to pay up for it. After all, insurance is meant to protect against the unexpected, and decay is bound to be a near-certainty if a car isn’t properly cared for.
Of course, if the rust can be traced to a specific incident or has a clearly defined cause, you may be in luck - that is, provided you have the right type of coverage for it. Comprehensive insurance covers a wide range of mishaps outside of regular collisions. Environmental problems like flooding and improper shop work are the two most common causes for car rust; both are covered under a comprehensive insurance policy.
Rust problems worsen over time. Because of that, you will need to demonstrate due diligence in addressing a rust problem in order to guarantee total coverage. If you find rust damage that you know should be covered by your policy, it is your responsibility to report it to the insurance company as soon as is reasonably possible.
If you leave the rust problem unaddressed for too long and it gets worse, they may hold out on giving you the full amount. With regards to insurance, you should also keep in mind that potential dangers arising from the vehicle’s rust, if severe enough, could create a liability issue if you already knew about it before and didn’t cover it.
In any case, read through your policy thoroughly, and contact your insurance agent if you think there’s any chance that it could be covered. If you’re unsure about the issue, you should recount the past six months of the vehicle’s history; see if you can deduce a possible cause other than natural wear that might reasonably explain the problem to the insurance company.

Conventional insurance isn’t the only solution

In the majority of situations where the insurance company has ruled out a claim as a case of wear and tear, paying for repairs out of pocket is the natural course of action. However, there are a few alternatives you might consider before dishing out your money.
Step 1: Check the car’s warranty. If insurance claims may fail, a warranty or guarantee is typically less ambiguous. If you purchased the car new, or used from an authorized dealership, you should check to see if the vehicle still carries a valid warranty.
If the car has started to rust within the dealership’s guarantee, you should take the problem to them and have it sorted immediately. Although this is arguably an even better option than full insurance coverage, it’s also unlikely. Unless there has been a clear factor that would have exacerbated the rust the warranty was likely timed to cap off well before any long-term issues like rust become likely to occur.
Step 2: Consider special insurance options. If you’re worried about rust issues for your car, you may wish to look into getting mechanical breakdown insurance. This type of insurance deals with corrosion and other maintenance-related problems.
However, even in this situation the expected natural decay may still not be covered by MBI; it’s only more likely if there was an environmental factor (such as corrosive agents) that exacerbated the process along.
Step 3: Weigh the repair costs with the car’s value. The resulting dent in your wallet depends on the severity of the damage and what parts are deemed in need of replacing.
As a general rule, it’s best to tend to the problem as soon as you’re able to. However, because rust damage is gradual and tends to be a more long-term concern, you may want to forego the repairs if your car is cheap and you have plans to get a new one in the semi-near future.

How to prevent rust damage on a car

As with any maintenance-related issue, the best way to address rust damage is to prevent it from happening in the first place.
Step 1: Know your climate and act accordingly. It goes without saying that the basic risk of rust in vehicles is entirely dependent on the area you’re in.
Areas with lots of rain and humidity are likely contenders, with coastal regions arguably getting the worst of it. Flooding is a particularly nasty catalyst for rust, so you should plan your parking accordingly if your region is at any risk of flash floods.
Park your car under cover when the weather is bad.
Step 2: Wash and inspect your car regularly. Give your car a thorough wash at least once every three months.
Not only will it keep your car looking good, but you’ll be saving the paint job from the corrosive effects of a dirt build-up. While you’re washing your car you’ll have an opportune chance to look over the car and check from chips in the paint and chassis. The underbelly of the car should be looked at and washed as well while you’re at it.
Step 3: Touch up your car’s coat of paint. It’s not just there to make a car look pretty; paint is the first line of defense against a car having rust issues.
If the paint is chipping, that’s a preliminary sign that rust is going to occur. Keeping your eyes on a healthy paint job will keep rust from being a problem. A full paint job is seldom necessary. Paint touch-ups by hand can go a long way without having to spend a lot of money.
Step 4: Buy an aluminum-based vehicle. Certain newer vehicles, like the Ford F-150 from the 2015 model year onwards, are created with aluminum as their base material rather than steel.
As aluminum is impervious to rusting, it virtually eliminates the problem. If you’ve had significant issues with rust on your vehicles before, an aluminum build may be something you want to look out for on your next purchase. Although aluminum vehicles are costly to buy and repair, in addition to rust immunity, the lightweight material has the added bonus of increasing fuel economy and extending the life of your tires. 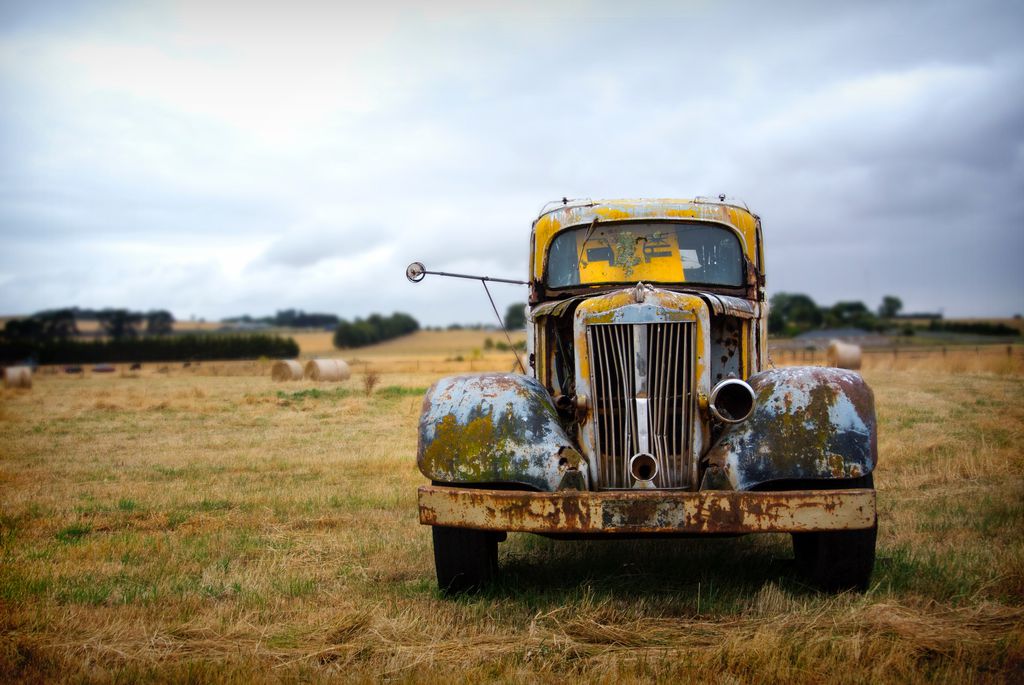 How to Prevent Rust on Car Exteriors 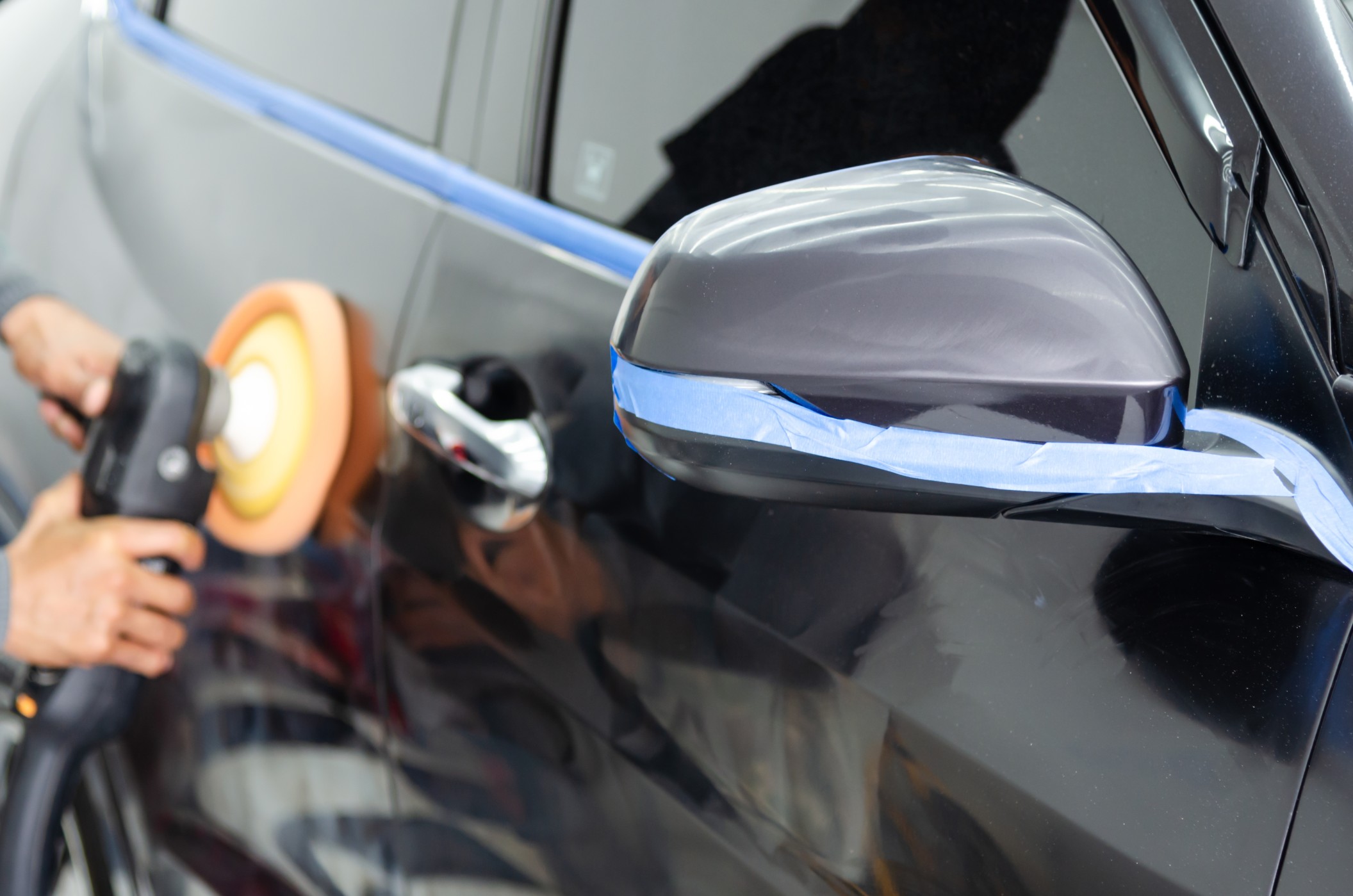 How to Polish a Car

How to Remove Rust From Chrome