Even as the Economy Tanks, Some Insurers Are Raising Rates

Check to make sure you’re not overpaying for car insurance 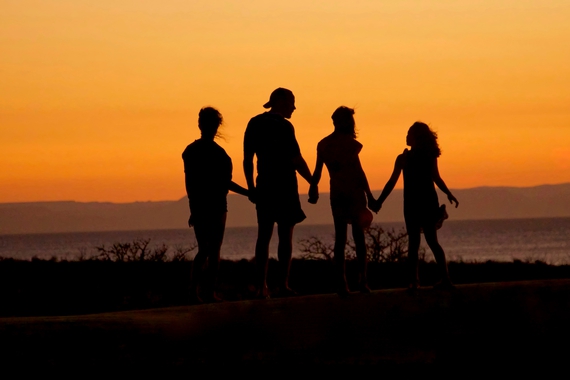 When the infamous gangster Willie Sutton was asked why he robbed banks, he cracked: “Because that’s where the money is.” Some major insurance carriers must’ve gotten the memo, because despite the economy cratering, many are raising rates for car insurance.

But before you put your hands up and fork over your wallet, you might want to call for some backup. Just because your insurance provider looks at you as a human ATM doesn’t mean you have to cough up the dough. Not with Jerry as your wingman.

Jerry isn’t your typical avenger, but all superheroes have special powers. Jerry might sound mild-mannered, a personal-insurance shopper looking for the best rates, but don’t let that label fool you. Jerry’s secret weapon is artificial intelligence, one of the most powerful innovations in the history of science. Essentially, Jerry has been designed to think of saving you money as a game, and Jerry plays the game at lightning speed until he wins–which means finding you the lowest cost car insurance at your existing coverage level.

With AI, Jerry can stop a bank robbery before it happens, because Jerry can compare rates from the leading national brands like Metlife, Progressive, Allstate, Nationwide, Travelers etc., as well as regional carriers that offer competitive local rates, in real time. It takes about 45 seconds to sign up, and only a few minutes to save on insurance.

Willie Sutton wouldn’t be too happy.

Insurance companies have been in the news recently, because some carriers like Allstate have promised to refund customers a percentage of premiums collected since driving mileage has plummeted. Not all companies are on-board, and worse, many have won approval for rate hikes in the most rancid economy since the 1930s.

So basically, with one hand insurance companies are giving back money to consumers, while with the other, they’re reaching into your pocket, with the blessing of state insurance regulators. This is a classic case of “robbing Peter to pay Paul”, an expression that dates back hundreds of years because it’s been going on a long, long time.

According to a report in Business Insider, fifteen states were set to see rate increases in the first half of 2020. Incredibly, one of them is Louisiana, which already had one of the most-expensive car insurance rates in the country in 2019. GEICO received permission to increase its rates by 4% in the state, a change which would raise premiums for 173,478 drivers.

But GEICO isn’t alone. American Family is raising its rates in certain states by an average of 7% (covering 776,233 consumers), Liberty Mutual is charging 4.63% more (impacting 653,275 customers), and Farmers is hitting over 1 million drivers with an average increase of 3.77%. That’s a big haul for them, and a bite in the wallet for you.

In California, over twenty companies have applied for rate hikes, even though the data used to formulate the premiums is out-of-date. Consumer Watchdog, a local advocacy group, wants the state to delay any decision on rate hikes until at least September 1, until more is known about covid-driving patterns. The insurance industry doesn’t favor that approach.

The Wisdom of Crowds

By all accounts, Willie Sutton was a very polite bank robber. But he still stole people’s money for a living. Some car insurance companies are sending refunds, while others are looking to jack up prices. More than ever, given the world we now live in, you need Jerry to sort through the confusion.

But does it work? Let’s use another new-wave approach, the wisdom of crowds, to put Jerry to the test. In short, groups of large people are smarter than experts when it comes to solving complex problems.

Wrote Jeanne E., after using Jerry: “This was the easiest process I’ve ever had with getting car insurance. I love that I was able to adjust my policy to my liking with certain prices and coverages. I wasn’t forced into choosing a policy in a rush and haven’t been harassed with phone calls like other insurance shoppers that I have tried.”

Even hard-bitten skeptics can’t resist Jerry’s bottom-line approach. “I usually scoff at insurance broker ads and their inflated savings,” scoffed Brian W., “but this app is truly different. My wife and I literally saved 50% on our insurance, and we were already with a rock bottom insurance company (Root). We now have better coverage with Progressive for almost half the price.”

Two Can Play This Game

Jerry works because AI is ruthless in its pursuit of the truth. AI can’t be bribed, it can’t be misled by lofty words, and it can’t be lied to. Bank robbers and insurance companies go where the money is, and until now, regular people were unprotected.

And Jerry won’t stop working for you. Not only can you cancel your old policy and sign up for your new one on the app, Jerry will continuously monitor your account, seeking out the best deal so you’re never stuck in a bait-and-switch relationship with a “low-cost” provider. All it costs is one free download.

All About American Family Car and Home Insurance